Liberia is facing a “serious threat” to its national existence as the deadly Ebola virus “spreads like wildfire” there, its defence minister says.

Brownie Samukai told the UN Security Council that the international response to the crisis was “less than robust”.

The World Health Organization (WHO) has warned that thousands more cases could occur in Liberia, which has been worst hit by the West Africa outbreak.

Some 2,288 people have died from Ebola in Liberia, Guinea and Sierra Leone.

The WHO says half of these deaths occurred in the three weeks running up to 6 September.

In Nigeria, eight people have died out of a total 21 cases, while one case has been confirmed in Senegal, with no deaths.

Mr Samukai warned on Tuesday that the disease was “devouring everything in its path” in Liberia.

The country’s weak health system was already overwhelmed by the number of cases, he said.

Liberia at a glance: 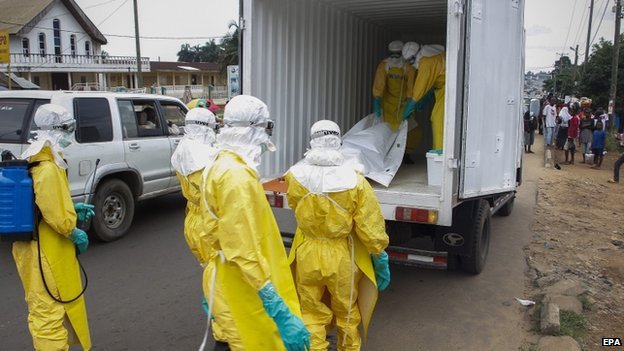 “Liberia is facing a serious threat to its national existence. The deadly Ebola virus has caused a disruption of the normal functioning of our state,” he said.

Separately on Tuesday, the UN’s envoy in Liberia said that at least 160 Liberian health workers had contracted the disease and half of them had died. 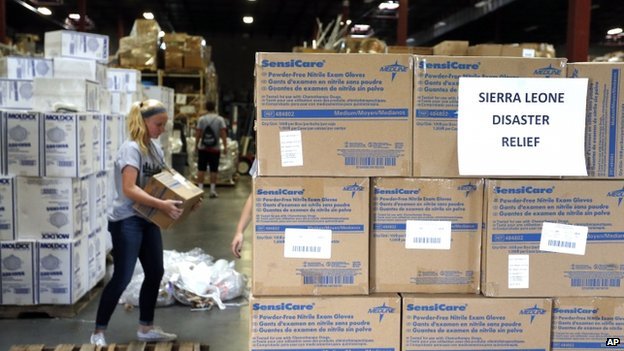 Karin Landgren described the outbreak as a “latter-day plague” that was growing exponentially.

She added that health workers were operating without proper protective equipment, training or pay, in comments to the UN Security Council.

“Liberians are facing their gravest threat since their war,” Ms Landgren said.

“I don’t think anybody can say right now that the international response to the Ebola outbreak is sufficient,” US ambassador to the UN Samantha Power said after the Security Council briefing.

Ebola spreads between humans by direct contact with infected blood, bodily fluids or organs, or indirectly through contact with contaminated environments.

Unlike other West African nations affected by the outbreak, efforts to contain the virus in Liberia were not working well, the WHO has said.

The reason for this remains unclear; however, experts say it could be linked to burial practices, which can include touching the body and eating a meal near it. 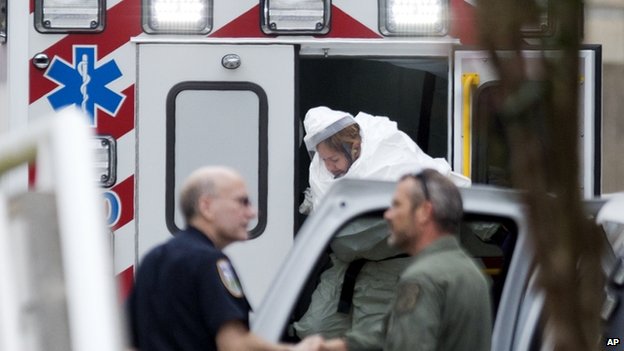 There are also not enough beds to treat Ebola patients, particularly in the capital Monrovia, with many people told to go back home, where they may spread the virus.

The WHO is calling on organisations combating the outbreak in Liberia to scale up efforts “three-to-four fold” to control the outbreak.

The US says it will help the African Union mobilise 100 African health workers to the region and contribute an additional $10m (Â£6.2m) in funds to deal with the outbreak.

The announcement comes as a fourth US aid worker infected with the deadly virus was transported to a hospital in Atlanta for treatment. The identity of the aid worker has not yet been revealed.

Two other aid workers who were treated at the same hospital have since recovered from an Ebola infection.

UN Secretary General Ban Ki-moon says he will hold a meeting on the international response to the Ebola crisis on the sidelines of the UN General Assembly this month.