An attack that killed 10 people at a UN-run Gaza school was a “moral outrage and a criminal act”, UN Secretary General Ban Ki-moon has said.

State Department spokeswoman Jen Psaki said the US was appalled by the “disgraceful” shelling.

The blast hit the entrance of the school, which is sheltering thousands displaced by the conflict. Israel denies firing into the school.

The Israeli military said it had targeted three militants from the Islamic Jihad group on a motorbike near the school, though the group did not report any of it members killed or injured.

Government spokesman Mark Regev said that if militants were turning the vicinities of schools into war zones they should be held accountable.

Israeli government spokesman Mark Regev: “No shells fell in the school, there was fighting in the vicinity of the school”

The latest exchanges came after Israel’s military said that an officer it feared captured had now been confirmed dead. Hadar Goldin went missing on Friday near Rafah.

His funeral was held in the Israeli town of Kfar Saba on Sunday afternoon.

Confirmation of 2nd Lt Goldin’s death means 66 Israelis have now died in the fighting, all but two of them soldiers. A Thai worker in Israel also died.

The UN has warned that a “health disaster of widespread proportions” is unfolding in Gaza, with medical services facing collapse.

“On the brink of collapse”: Chris Gunness of the UN on the situation in Gaza

In the latest incident, eyewitnesses said a missile struck as people queued for food.

Mr Ban described Sunday’s attack as “yet another gross violation of international humanitarian law”, and said Israel had regularly been informed of the precise location of the school.

“This madness must stop,” he said in a statement.

The incident follows the shelling of a Jabaliya shelter last week, which killed 16 people.

Ms Psaki called for an investigation into attacks on UN schools.

“The United States is appalled by today’s disgraceful shelling outside an Unrwa school in Rafah sheltering some 3,000 displaced persons,” she said in a statement.

The latest official figures from Gaza’s health ministry say that more than 1,750 Palestinians have been killed and more than 9,000 injured since the conflict began more than three weeks ago.

“We are killing about one child every hour right now,” he said.

He added that more than 80% of those killed were civilians, though Israel disputes this figure. 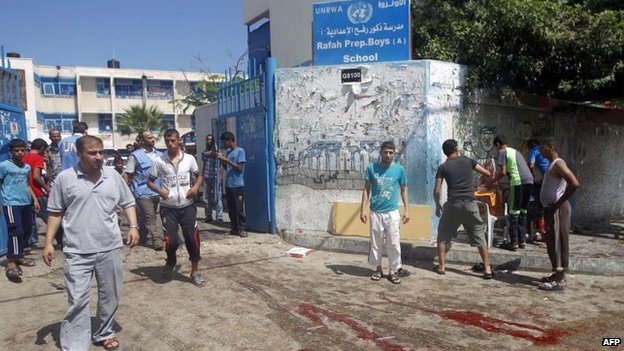 The attack struck the entrance of the school, where people were reportedly waiting for food 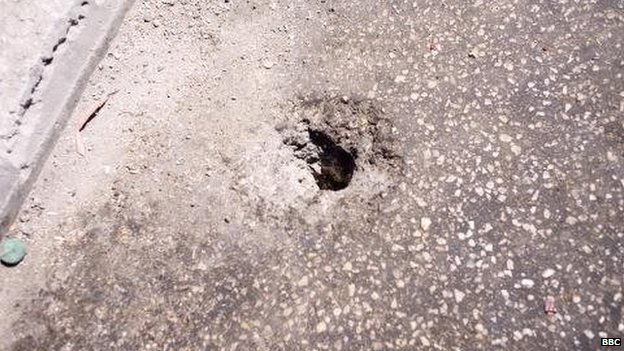 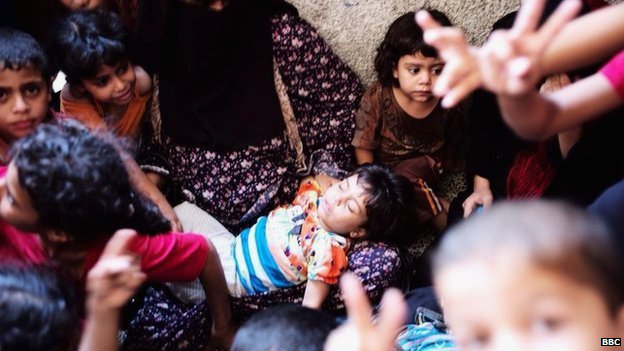 There are currently 2,700 people staying at the Rafah school 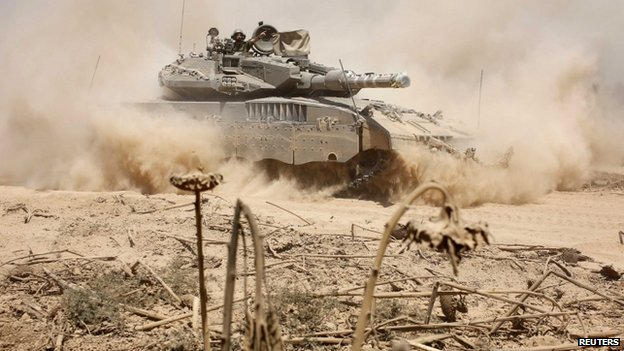 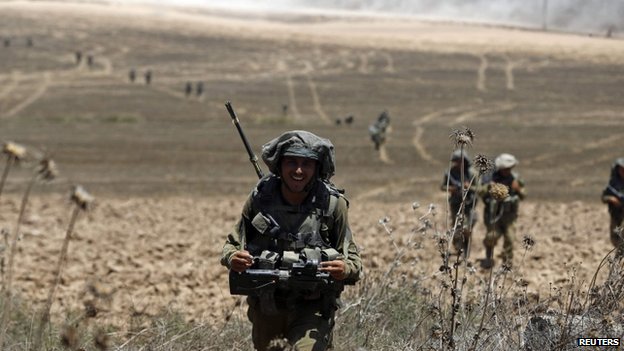 On Sunday, Israel said its forces were withdrawing from some areas of Gaza to a “temporary security strip” to reassess operations.

Israeli media reports say most troops have now left Gaza, although there has been no official order to end the operation, which began on 8 July.

Military spokesman Lt-Col Peter Lerner said troops were “in the midst of a redeployment to other parts of the border”, adding that troops were being released from the front line.

But he said the mission was ongoing and ground forces were operating.

Amid reports Israel is winding down its ground operation, the BBC’s James Reynolds sees tanks on the move at a staging post near Gaza.

Reports said the military was close to completing its main aim of destroying tunnels used by militants to infiltrate Israel. 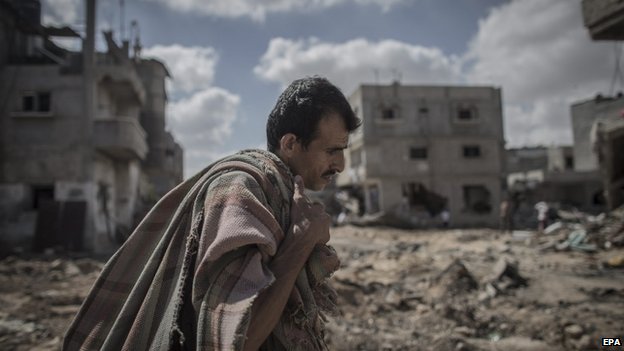 Some Palestinians have been told they can go home, but many still fear bombardment 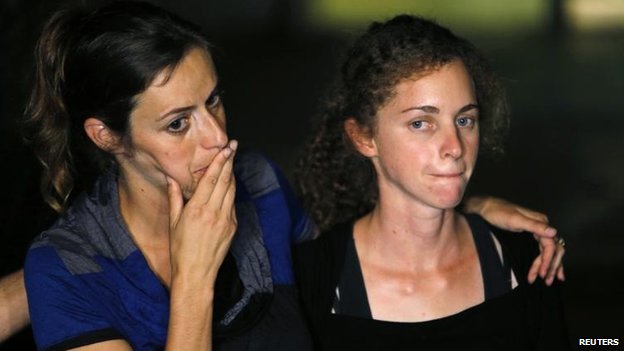 However, on Saturday PM Benjamin Netanyahu warned Israel would “do whatever it must do to protect its people”.

Hamas spokesman Fawzi Barhoum said the group would “continue to resist until we achieve our goals”.

The almost four-week conflict began amid tension around the kidnap and murder of three Israeli teens and a Palestinian youth, and the arrests of hundreds of Hamas members in the West Bank.

A surge of violence ensued, with militants in Gaza firing volleys of rockets into Israel and Gaza being hit by waves of Israeli air strikes.

Later Israel sent in ground troops to destroy a network of tunnels dug by militants under the border into Israel.