About 4,500 athletes from 71 nations will take part in the 20th edition of the Games, which run until 3 August. 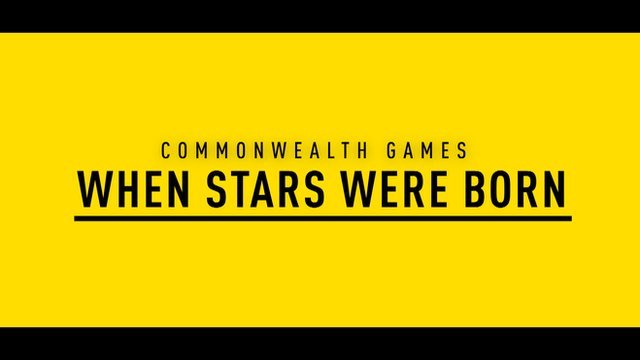 Stars are born at Commonwealth Games

Swimmer Michael Jamieson, a big Scots medal hope, added: “You can already see there’s a buzz around the city.”

The 25-year-old silver medallist from the 2012 Olympics, who is chasing 200m breaststroke gold on the opening day of action on Thursday, said: “It’s known as the friendly Games for a reason. It just has such a great feel about it.”

The reputation of the Commonwealth Games was damaged by the 2010 Games in Delhi, which were plagued by poor ticket sales and problems with venues and accommodation.

Organisers were forced toÂ give away thousands of free ticketsÂ after seats remained unsold, but that still could not prevent images of half-empty venues being beamed around the world, but Hoy is confident there will be no repeat in Glasgow.

“We’ve been ready for the last year and a half,” added the former track cyclist, who retired in 2013. “Everyone’s desperate to get started.”

Hampden Park, the home of Scottish football, has been transformed into a temporary athletics venue

“It’s going to be absolutely fantastic and the opening ceremony will be extraordinary and get us off to a terrific start.”

Glasgow began preparing for the Games, which features 18 sports across 11 days of competition,Â in 2007, when it beat Nigeria’s capital AbujaÂ in the vote to stage the event.

Commonwealth Games-related contractsÂ worth Â£401mÂ have been awarded, Glasgow City Council has revealed, while there wereÂ 2.3m requestsÂ for tickets when the first one million went on sale last year.

“The Games will be delivered, to the relief of us all, within budget,” said Scottish first minister Alex Salmond.

Tickets are still on sale for some events at the Games

“To spectators, they will be the most affordable Games ever.”

He said that London had set “a very high bar” when staging the 2012 Olympics but added: “It will be our task over the next 10 days to see if we can leap over that bar.”

There will be some big names missing from the Games, though, because of a combination of injury, choice or other circumstances.

Jamaica sprint star Usain Bolt, winner of the 100m and 200m at the past two Olympics, will be in Glasgow but saysÂ he will only run the relayafter minor foot surgery and a hamstring injury.

“I’m going there for my fans and I’m going there to show that I’m getting back into shape and they can look for great things now and for the years to come,” he said.

Distance runner Mo Farah, a double Olympic champion, and diver Tom Daley, who won a bronze medal at London 2012, will be in action too, while Sir Bradley Wiggins, winner of the Tour de France and Olympic gold in 2012, will compete in the velodrome.

Scotland have several possible gold medallists, among them Jamieson and runner Eilidh Child, as they seek to better their 33-medal haul the last time they held the Games, in Edinburgh in 1986.

“We see people becoming household names every Games,” he said.

The Commonwealth Games – did you know?

Scotland is staging the Commonwealth Games for a third time, after Edinburgh played host in 1970 and 1986.

The first Games were held in 1930 in Hamilton, Canada, where 400 athletes from 11 countries took part in 59 events across six sports.

More than 10 times that number of athletes will compete in Glasgow, chasing gold medals in 18 sports.

St Helena are among the nations taking part and with construction of the South Atlantic island’s first airport not due for completion until 2016, some of their team members have endured an epic journey just to make it to Glasgow.

Badminton player Lee Yon travelled five days on a ship to reach Cape Town in South Africa and from there he made it to Scotland via Amsterdam.

“I am still trying to get my legs back because I haven’t played badminton since I left the island two weeks ago,” he said.

“When you’re on the ship you have your sea legs and then on land you are wobbling all over the place.”

Around 300 competitors in Glasgow, including Paralympic champions David Weir, Aled Davies and Neil Fachie, will be chasing 22 golds in the Para-sports of cycling, athletics, swimming, powerlifting and lawn bowls.

“The Commonwealth Games show that it doesn’t matter if you are disabled or non-disabled,” said Baroness Tanni Grey-Thompson, one of Britain’s most successful disabled sports stars.