Palestinian militants have fired more rockets at Israeli cities and Israel carried out dozens of air raids on Gaza overnight, as hostilities intensified.

Israel said there were 160 air strikes on Gaza overnight in response.

The health ministry in Gaza says 25 Palestinians have been killed and 70 hurt in the recent hostilities.

The ministry said that four women and three children were among the dead.

The military wing of Hamas has warned that all Israelis are now targets.

It brought to 440 the number of targets in Gaza attacked as part of “Operation Protective Edge”.

The military said 117 rockets had hit Israel on Tuesday, with the Iron Dome interceptor system shooting down 20. Three rockets landed around Jerusalem.

The town of Hadera 100km (60 miles) north of Gaza, was also attacked, with an M-302 surface-to-surface rocket, the furthest target so far reached.

Officials in Gaza said an Israeli attack killed an unidentified man on a motorcycle on Wednesday.

Late on Tuesday, Israeli Prime Minister Benjamin Netanyahu vowed to “significantly expand our operations against Hamas” in the face of the rocket threat. 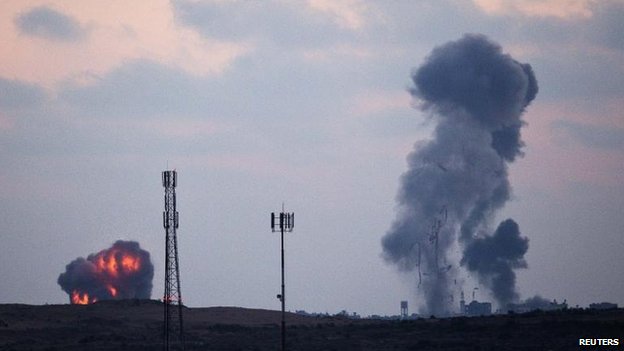 Israel said it hit dozens of “terror sites” in Gaza 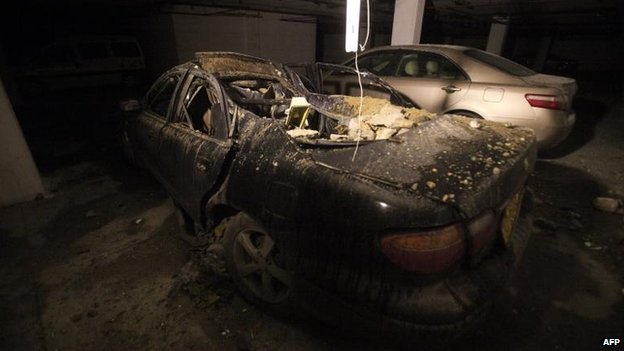 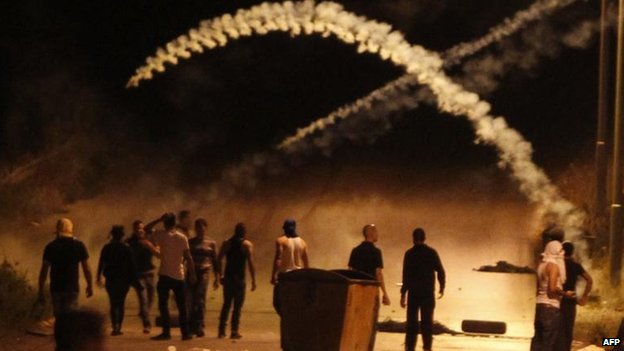 Israel has warned it may send ground troops into Gaza to stop the rocket attacks. It has authorised the call-up of up to 40,000 military reservists. Hundreds of reservists have already been drafted to bolster forces around Gaza.

Mark Regev, spokesman for Mr Netanyahu, admitted the situation was more one of escalation than de-escalation.

Analysis by the BBC’s Kevin Connolly in Jerusalem

As the military temperature rises it becomes harder to see what the shape of any endgame between Israel and Gaza might look like.

Hamas will find it difficult to walk away from this round of conflict without something to persuade its own people that the death and destruction in Gaza has achieved something. It will want prisoners released as part of a deal. Israel will be reluctant.

The pressure of public opinion too weighs on Israel, which has talked in terms of a final end to the rocket threat from Gaza. That’s a tall order when Israel itself estimates that Hamas has a stockpile of 10,000.

Such cycles of conflict have ended in the past of course – as recently as November 2012 – but for now the talk is of deterioration, when last week the buzzword was de-escalation. Egypt’s intelligence services remain a possible go-between but for now there appear to be no moves towards peace. When an Israeli cabinet minister was asked if there were any, he said simply: “Not now.”

Why Israeli Gaza invasion would be risky

He told the BBC that efforts to try to calm the situation had failed as Hamas had continued to fire rockets, and the Israeli army was “now acting to put an end to this” by “dismantling Hamas’s military machine”.

“We don’t want to have some sort of band-aid solution whereby we have a quick fix, a ceasefire and then we only have rockets on Israeli citizens next week,” he said. 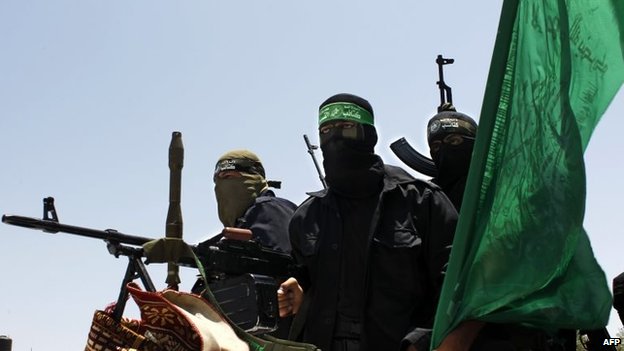 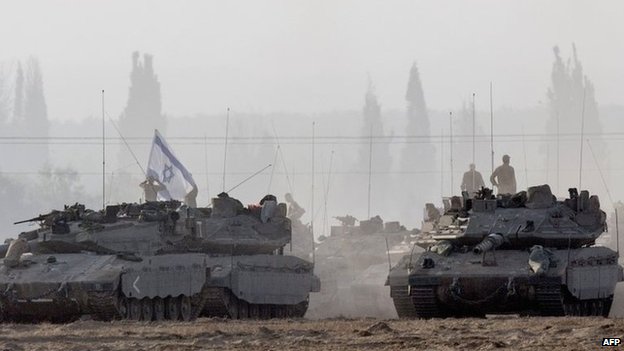 The Israeli military has sent reinforcements to the frontier with Gaza

“In the face of this aggression, we affirm that the Zionist enemy should not dream of calm and stability,” he said.

Among those killed in the Israeli raids were four Hamas members who died in Gaza City when their car was struck. One of the dead was Mohammed Shaaban, a senior militant.

Palestinian eyewitnesses also said that Hafez Hamad, a local leader of the Islamic Jihad militant group, was killed in an air strike in northern Gaza. 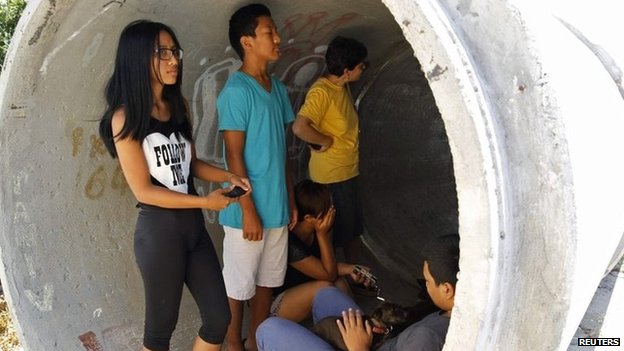 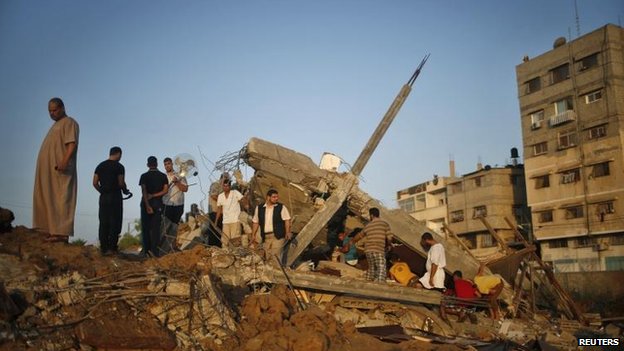 Later, the home of a Hamas leader in the southern city of Khan Younis was hit, killing six people. Health ministry spokesman Ashraf al-Qudra said two teenage boys were among those killed.

A Hamas spokesman condemned the air strike, calling it a “horrendous war crime”.

Tensions spiked last week with the murders of three young Israelis in the occupied West Bank and a Palestinian teenager in Jerusalem.

Israel says Hamas was behind the abduction and murder of the Israeli youths – a claim it denies.

A day after their funerals, the Palestinian was abducted in East Jerusalem and murdered. Police have arrested six Jewish suspects and say it seems the 16-year-old was killed because of his nationality.