Iraq ‘clears’ IS from key dam area after US strikes

Iraqi government forces say they have cleared Islamic State (IS) militants from a wide area around the strategic Haditha dam, helped by US air strikes.

The jihadists have repeatedly tried to capture the dam on the River Euphrates in the western province of Anbar from government troops and allied tribesmen.

The action marked a widening of US military action which has previously been restricted to northern Iraq.

On Wednesday, US President Barack Obama will reveal his strategy to defeat IS.

The group has announced the creation of a “caliphate”, or Islamic state, in the large swathes of Iraq and Syria under its control.

The leader of a pro-Iraqi government Sunni Arab tribal militia in western Iraq, Sheikh Ahmed Abu Risha, said the air strikes around the Haditha dam had wiped out an IS patrol trying to attack the dam.

“They were very accurate. There was no collateral damage. If Islamic State had gained control of the dam, many areas of Iraq would have been seriously threatened, even Baghdad,” he told the Reuters news agency. 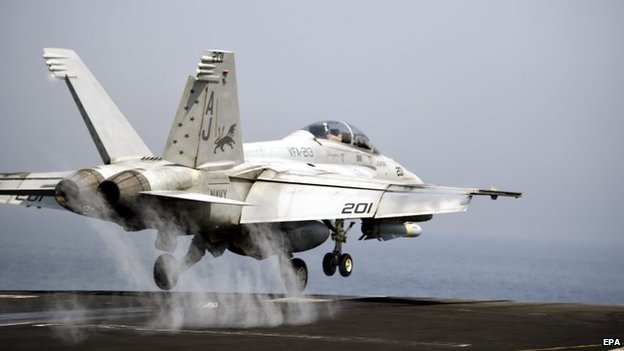 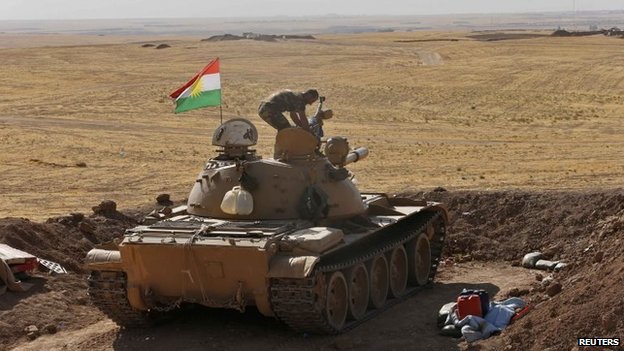 Kurdish Peshmerga forces, backed by US air strikes, have attacked IS positions in the north 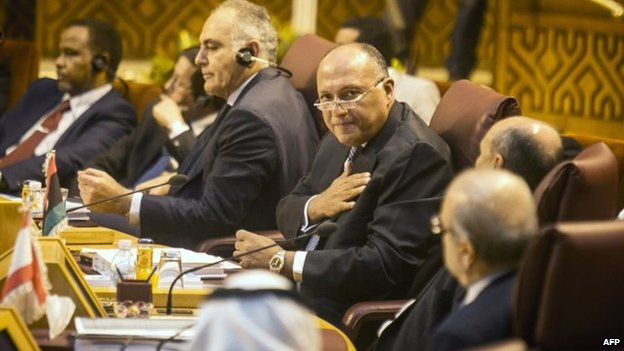 Iraqi forces then launched a drive against militants in the Haditha area and regained ground.

Troops and militia also retook Barwana, east of Haditha, from IS fighters, who abandoned their weapons and vehicles while retreating, AFP reported. However, the governor of Anbar, Ahmed al-Dulaimi, was wounded by an explosion shortly after Barwana was retaken.

The US military said the strikes destroyed four Isis Humvees, four armed vehicles, two of which were carrying anti-aircraft guns, a fighting position, one command post and a defensive fighting position.

The American air attacks, the first of their kind in Anbar province, signal that Washington has crossed a line that it itself drew.

It has long had a standing request from the outgoing Iraqi government to use its air power against IS in all areas. But until recently, it made it clear it would only do that once a new, inclusive government is formed in Baghdad, with full Sunni representation.

That hasn’t yet happened, though intensive efforts are under way to produce a new cabinet soon – possibly tonight.

The US has carried out more than 130 air strikes since early August to support Iraqi and Kurdish forces fighting IS in northern Iraq, but Sunday’s strikes were the first in Anbar.

IS fighters have targeted a number of Iraqi dams since the start of the year, capturing the facility at Falluja in April.

In August they took the country’s largest dam, at Mosul, but US air strikes helped force them out later that month.

President Obama, who has been criticised for failing to outline a strategy, told NBC TV on Sunday that the US would weaken IS, shrink its territory and “defeat them”.

He said the strategy was “not going to be an announcement about US ground troops”.

“This is not the equivalent of the Iraq war. This… is similar to the kinds of counterterrorism campaigns that we’ve been engaging in consistently over the last five, six, seven years.

“I just want the American people to understand the nature of the threat and how we’re going to deal with it and to have confidence that we’ll be able to deal with it.”

He said the strategy would involve an international coalition. So far, he has received offers of help from allies including the UK, France, Germany, Turkey and Poland.

The secretary general of the Arab League meanwhile urged its members to confront Islamic State on all possible levels.

What was required from member states was a “clear and firm decision for a comprehensive confrontation” with “cancerous and terrorist” groups, Nabil al-Arabi told a meeting of foreign ministers in Cairo.