Iraq’s prime minister has asked parliament to declare a state of emergency after Islamist militants effectively took control of Mosul and much of its province of Nineveh.

Nouri Maliki said “vital areas” of the city had been seized; some 150,000 people are believed to have fled.

Troops fled Mosul as hundreds of jihadists from the Islamic State in Iraq and the Levant (ISIS) overran it.

The US has said ISIS threatens not just Iraq, but the entire region.

State department spokeswoman Jen Psaki said the situation in Mosul, Iraq’s second city, was “extremely serious” and that the US supported “a strong, co-ordinated response to push back against this aggression”.

Security sources also told the BBC on Tuesday that fierce fighting had erupted between Iraqi forces and ISIS fighters in a town called Rashad near Kirkuk, south-east of Mosul. 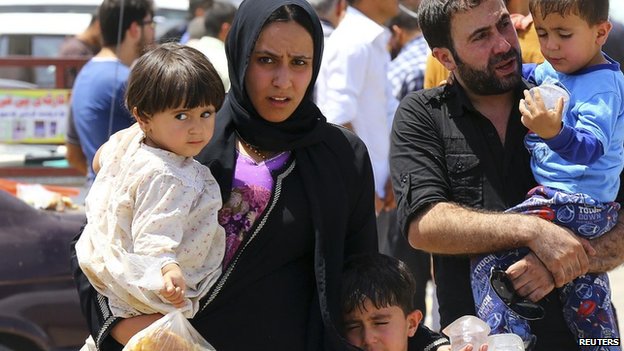 Thousands of people are fleeing Mosul

In a televised announced, Mr Maliki said that security forces had been placed on a state of “maximum alert”.

He also said he had asked parliament to declare a state of emergency – which would broaden arrest powers and allow curfews to be imposed – and a “general mobilisation” of civilians.

Nouri Maliki, who is struggling to form a government in the wake of the April elections, has vowed to drive the ISIS “terrorists” out of mainly-Sunni Mosul in short order.

He is unlikely to succeed soon. He made similar vows when Sunni militants took over Falluja, west of Baghdad, in January, and they are still there.

It is not yet clear whether it is only ISIS involved in the Mosul takeover. In Falluja and its province, Anbar, Mr Maliki has clearly alienated many Sunni tribesmen and others, creating fertile soil for the radicals.

Internet images of local youths and even children stoning Iraqi security vehicles as they fled Mosul suggest that the Shia PM is not popular there either.

ISIS is also actively fighting in neighbouring eastern Syria to establish its control there, apparently aiming to straddle the border with an Islamic state.

If Mr Maliki is to defeat the Sunni radicals, he may need the help of Kurdish forces from the north. That will come with a heavy price tag, and they have in any case so far refused.

Nouri Maliki: “The seriousness of the situation needs immediate and swift measures to preserve the national security and the people”

ISIS has been informally controlling much of Nineveh province for months and the past week has attacked cities and towns in western and northern Iraq, killing scores of people.

After five days of fighting, they took control of key installations in Mosul, which has a population of about 1.8 million.

On Tuesday, residents said jihadist flags were flying from buildings and that the militants had announced over loudspeakers they had “come to liberate Mosul”.

“The situation is chaotic inside the city and there is nobody to help us,” said government worker Umm Karam. “We are afraid.”

Many police stations were reported to have been set on fire and hundreds of detainees set free. 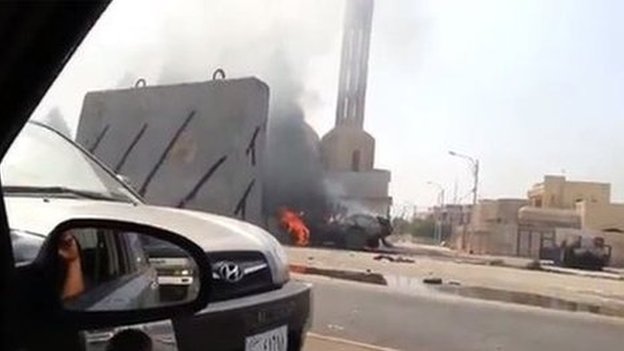 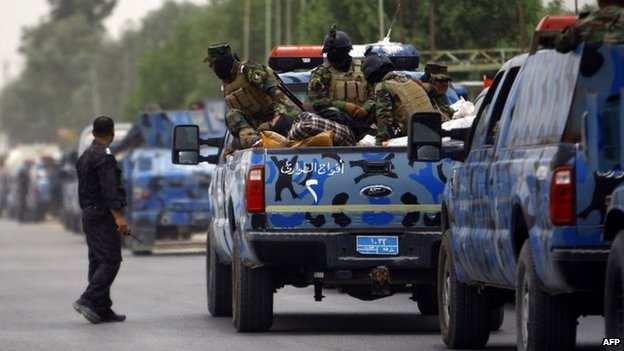 Iraqi parliament speaker Osama al-Nujaifi told journalists in Baghdad that “all of Nineveh province” had fallen to the militants who were now heading south towards Salaheddin province.

He called on the Iraqi government and Kurdistan Regional Government to send reinforcements.

Sources have told BBC Arabic that the tens of thousands of fleeing refugees are heading to three towns in the nearby region of Kurdistan where authorities have set up temporary camps for them. 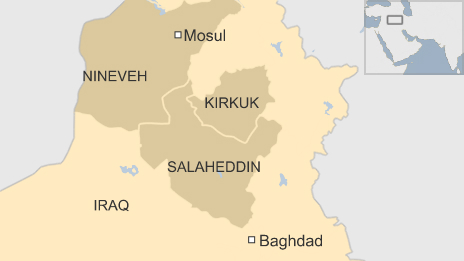 Islamic State in Iraq and the Levant (ISIS)

The Iraqi government is struggling with a surge in sectarian violence that killed almost 800 people, including 603 civilians, in May alone, according to the UN. Last year, more than 8,860 people died.

Parts of Ramadi, the capital of Anbar province, and much of the nearby city of Falluja have been under the control of ISIS and its allies since late December, something that Mr Maliki has been unable to reverse.

Also on Tuesday, the Turkish consulate in Mosul confirmed reports that 28 Turkish lorry drivers had been abducted by militants in Nineveh.