At the time he said the military had staged a coup – a charge it denied.

Regional leaders rejected his call for troops to be deployed to restore order.

The unrest is thought to be linked to a struggle between Mr Thabane, reportedly supported by the police, and Deputy Prime Minister Mothetjoa Metsing, said to have the loyalty of the army. 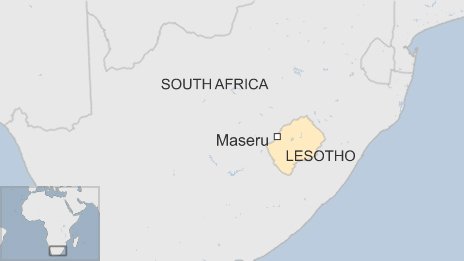 Mr Thabane has headed a unity government since elections in May 2012, but suspended parliament sessions in June to avoid a vote of no confidence amid feuding in his coalition.

Lesotho, which is surrounded by South Africa, has experienced several coups since independence in 1966.

Audience with the king

A source in Maseru told the BBC that Mr Thabane and Mr Metsing were escorted into the capital by South African police.

It is reported to be calm in the city, with business continuing as usual. 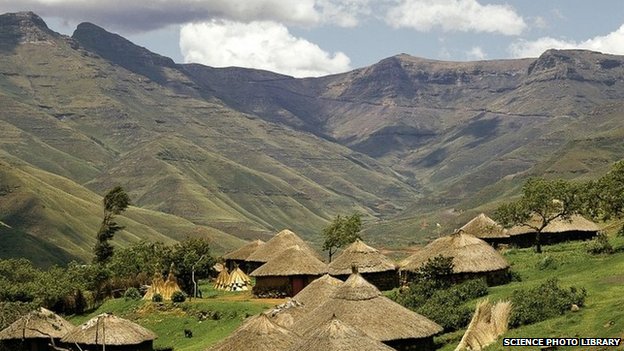 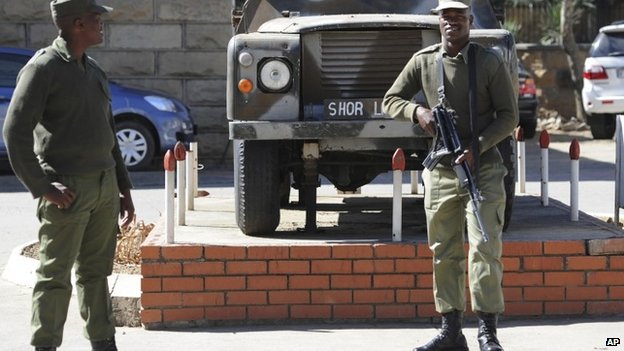 Prime Minister Thabane and his deputies are due to appear before King Letsie III later to present a report about meetings held on Sunday and Monday in South Africa to resolve the crisis.

Afterwards, Sadc said it would send an observer team to Lesotho and that the two leaders agreed to “clear timetables” that would lead to the restoration of parliament.

Conflict broke out on Saturday morning with soldiers involved in an exchange of fire outside two police stations.

One police officer was killed and four wounded after the military intervened, police say.

Radio broadcasts were jammed and telephone lines were out of order for several hours on Saturday.

A military spokesman had said the army had received intelligence that the police were going to arm factions ahead of a march by Mr Metsing’s Lesotho Congress for Democracy (LCD) to protest about the closing of parliament.

Mr Thabane said the actions of the army amounted to a coup and rendered his government dysfunctional.