Fresh clashes broke out in Benghazi on Sunday after a rogue general launched a fresh assault on Islamist militants.

Tanks were seen on the streets and explosions could be heard throughout the day in Libya’s second-biggest city.

General Khalifa Haftar, who accuses the government of supporting terrorism, began an assault against Islamist fighters in the city last month.

The government in Tripoli says Gen Haftar has no authority to act, but several army units have joined him.

The BBC’s Rana Jawad in Tripoli says a battalion within one of the biggest rival militias has also defected to join the general.

The clashes on Sunday were said to have been some of the worst since Gen Haftar began his offensive against Islamists, dubbed “Operation Dignity,” in May. 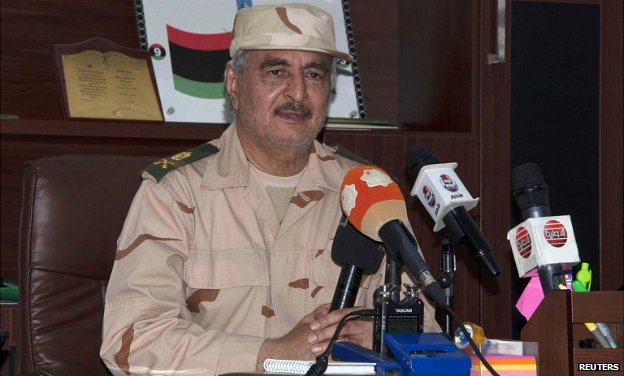 Residents told the BBC that explosions could be heard across the city intermittently for several hours.

An electricity plant was also hit by rockets, causing power outages in large parts of Benghazi.

Many residents who live in the area where the fighting erupted fled their homes to stay with relatives or friends in quieter neighbourhoods.

The number of casualties remains unclear but doctors in the city said at least six people had been killed and a dozen more injured.

A spokesman for Gen Haftar’s force told local media that they had seized several senior Islamists as part of their offensive, but this could not be independently verified.

Since launching his offensive, Gen Haftar has rallied support from the public and members of the security forces.

He survived an assassination attempt earlier in June after a suicide bomb attack on his home in the town of Abyar, about 60km (37 miles) east of Benghazi.

Libya is still in turmoil three years after the fall of Muammar Gaddafi, with political, religious and political factions locked in disagreement about the country’s future. 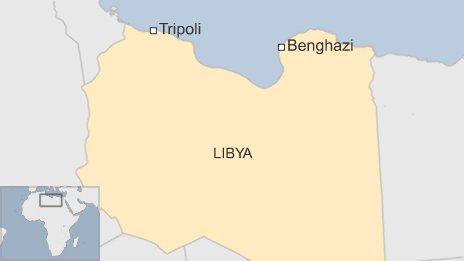