Mars 2020 rover will pave the way for future manned missions

Nasa’s next Martian rover will attempt to make oxygen on the surface of the red planet when it lands there in 2021.

The rover will carry seven scientific projects, aimed at paving the way for future manned missions, seeking evidence of life and storing samples to be brought back in the future.

Among them is a device for turning the CO2 that dominates the thin Martian air into oxygen.

This could support human life or make rocket fuel for return missions.

The rover will also carry two cameras and an experimental weather station among its 88lb (40kg) of instruments.

“This is a really exciting day for us,” said astronaut and Nasa administrator John Grunsfeld, announcing the Mars 2020Â scientific payloadÂ in Washington DC. 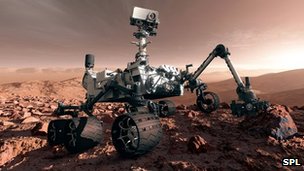 The one-tonne, $1.9bn (Â£1.12bn) vehicle will be closely modelled on Curiosity, the rover that touched down on the red planet in August 2012.

Its suite of instruments is downsized compared to Curiosity, which is carrying 165lb (75kg) of scientific kit. Some of that space will be used to package up cylindrical rock samples drilled from the planet’s surface.

Nasa hopes these can be shipped home by future return flights.

Being able to produce oxygen could help with that ambition, since transporting fuel is heavy and expensive. Other Nasa spacecraft can already produce oxygen from CO2 but the new “MOXIE” device will test this capability in the Martian atmosphere, for the first time.

An oxygen supply would also be essential if people were to land on the planet.

This change in focus was described as a “shift in gears” by Prof Tom Pike from Imperial College, London, the co-investigator of the “MOXIE” instrument.

“It is very much about the old Star Trek ‘boldly going’, the real focus of this payload is exploration rather than science,” he told BBC News.

“There are not very many places that humans can go after the Moon. I would say it’s practically a list of one and Mars is it!” 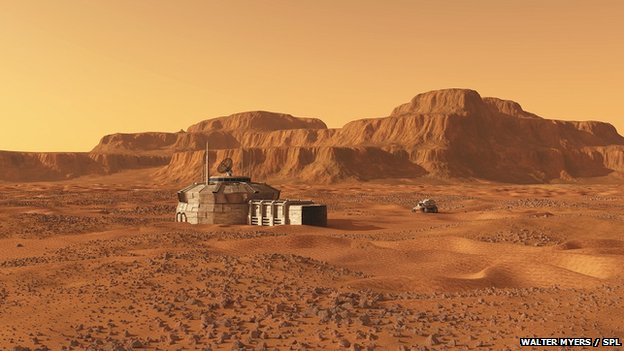 In another first, the cameras are designed so that in a particular configuration they will be able to record 3D movies.

“You’re going to feel like you’re on Mars,” said Bill Gerstenmaier, associate administrator of the human exploration directorate at Nasa.

The announcement comes in the same week that Nasa’s earlier Mars rover, Opportunity, clocked upÂ a record-breaking total of 20 miles (40km)Â of extra-terrestrial driving since its landing in 2004.

Microwave helmet ‘can spot a stroke’