Sixty-seven live giant African snails have been seized by US customs agents.

The snails, which are prohibited in the US, were found by Customs and Border Protection (CBP) inspectors at Los Angeles International Airport.

They arrived from Nigeria and were intended for a person in California, said Lee Harty, a spokeswoman for the customs agency.

The molluscs are among the largest land snails in the world and can grow up to 8ins (20cm) long, said officials.

The US Department of Agriculture put the snails in an incinerator after they were inspected, said Harty, because they can carry parasites that are harmful to humans, including one that can lead to meningitis. 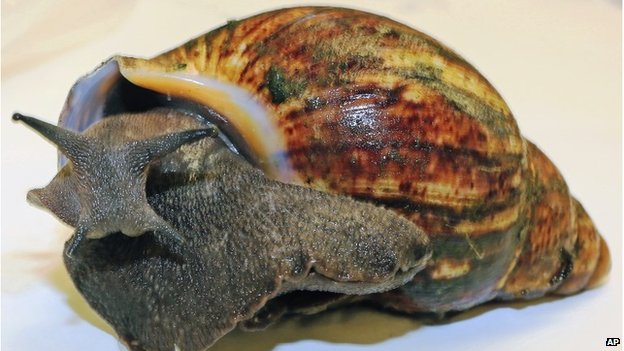 They are also potentially damaging to nature, said Maveeda Mirza, the CBP programme manager for agriculture.

“These snails are seriously harmful to local plants because they will eat any kind of crop they can get to,” said Ms Mirza, who added that investigations were continuing into why one person would want so many.

“We’re investigating what happened, but it doesn’t seem like there was smuggling involved,” she said.

This is the first time that they have confiscated such a large quantity, she added, although there have been cases of much smaller numbers being found to be accidentally in people’s luggage. 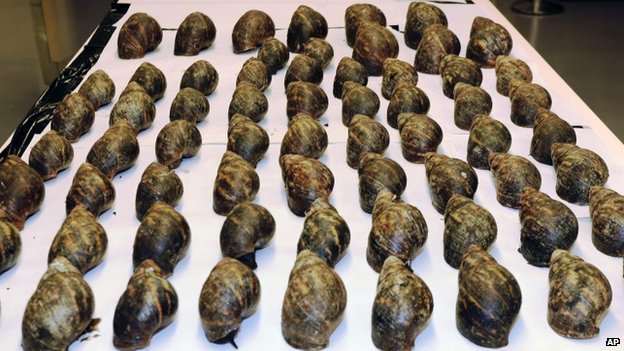